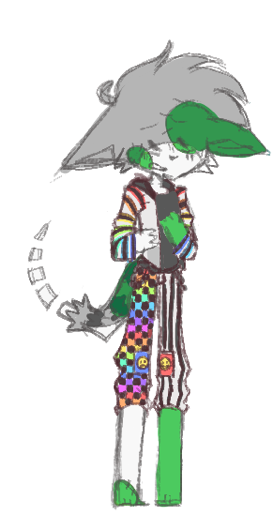 Scemo zombie catto, he tends to be very timid and gets spooked by loud noises. Thanks to Neesha, though, his social circle has expanded and he has lots of lovely friends! Has a fear of thunder and lightning. He has a vivid imagination and loves writing and creating universes!
He can also detach his zombie limbs from his body :) spooooooookyyyyyy